In his newest book, Wrongdoing and the Moral Emotions, Susan Linn Sage Professor of Philosophy and Ethics Derk Pereboom responds to the criticism of his view, free will skepticism (alternatively known as hard incompatibilism), that living without free will is impractical. Having articulated and defended free will skepticism in two earlier books (Living Without Free Will, [2001], and Free Will, Agency, and Meaning in Life [2014]), Pereboom now turns to the implications of his view for dealing with wrongdoers.  “[Free will skepticism is] a view I’ve been working on for thirty some years, but this new book is the most personal contribution I’ve made to this discussion, because it lays out my personal views on blame, praise, forgiveness, hope, and religion, all these issues that tend to be more important to people than abstract arguments against metaphysical positions in the free will debate, which was the focus of the first two books,” says Pereboom.

The free will Pereboom denies is the kind required for attributions of basic desert, according to which “people fundamentally deserve painful or harmful blame or punishment due to knowingly having done wrong.” In the absence of this free will, the question arises: how do we deal with wrongdoers?

“One of the main interests of moral psychology is our attitudes toward wrongdoing,” Pereboom explains. “I would say that the majority position is that blame and praise properly construed involve deserved harm or pain, and I want to oppose that kind of backward-looking notion in favor of the forward-looking alternative that I explicate in this new book.”

Pereboom’s forward-looking notion of blame involves reconceptualizing blame as moral protest. “The function of blame isn’t to harm or inflict pain on a wrongdoer through an expression of anger or through some sort of punishment, but rather to morally protest what the person has done, and to morally protest by presenting the wrongdoer with reasons not to behave that way in the future,” Pereboom says. As such, moral protest aims to change the future by changing behavior and dispositions, and by healing impaired relationships.

Each of the seven chapters in Wrongdoing and the Moral Emotions introduces a different response to the argument that free will skepticism is impractical. Building on blame as moral protest, Pereboom describes forgiveness as a renunciation of moral protest. “The idea is that, when you blame somebody, you’re morally protesting that person’s behavior, when you forgive somebody, you renounce that stance of protest.”

If people do not deserve harm for having knowingly done wrong, how can we defend ourselves against their harming us? “I introduce cases in which the people that are lethally threatening are mentally ill in a way that precludes their morally responsible in any sense. And I think that most people agree that if we have the right to self-defense, we have the right to defend ourselves in such circumstances.” Pereboom divorces the right to self-defense from desert: though an individual does not deserve harm for having knowingly done wrong, they may be subjected to restraint or alternative methods of containment—not as punishment for their wrongful behavior, but rather as a method of self-defense employed by those who they would otherwise harm.

Pereboom develops a general account of criminal punishment and dealing with wrongdoers without the idea of desert, proposing an alternative based on the idea of quarantine. “If you’re dealing with a dangerous disease, we think it’s okay to quarantine that person involuntarily, even though the person isn’t morally responsible for being a carrier of that disease. Analogously, even if people aren’t deserving of harm or pain for wrongdoing, it still may be legitimate to quarantine them, so to speak, to protect society through some sort of incapacitation, perhaps preventative detention, or at least monitoring of some sort.”

In future research, Pereboom intends to explore communicative challenges arising from political polarization. One recent piece discusses the “backfire effect”.  Social psychologists have shown that in disputes about values, some ways of protesting views actually increase credence in the targeted view.  So, Pereboom asks, “How do we engage with each other, given the current political situation, in ways that are constructive, that don’t trigger the backfire effect, but rather have the potential of winning our hearts and minds?” 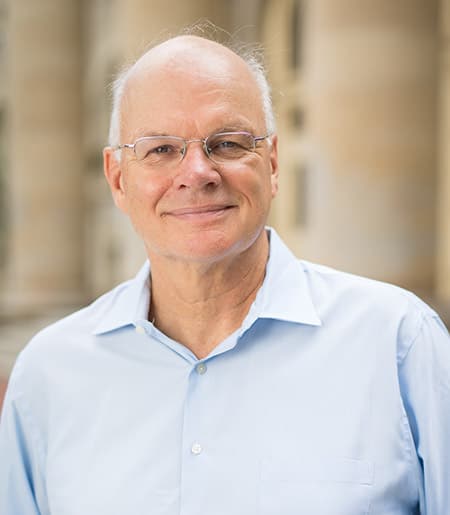 Cornell launches $5B campaign ‘to do the greatest good’