Augustine of Hippo, a Christian bishop living in northern Africa in the fourth and fifth centuries, is known for his voluminous writing on a wide range of topics – free will, knowledge, the ethics of sex, and more – making him one of the most influential thinkers in Christian history.

Augustine justified slavery as punishment, but surprisingly little scholarship acknowledges this, said Alimi, Klarman Fellow in philosophy and classics in the College of Arts and Sciences (A&S).

“Slavery doesn’t have to be explicitly addressed for the background ideas to be transmitted, because the folks who really care about what Augustine has to say about religion, law and citizenship could be reproducing patterns of thought and logics that led Augustine to this permission of slavery without necessarily talking about slavery in particular,” he said.

The implications for the history of Christianity and the tradition known as “Western thought,” said Alimi, are wide-ranging.

Alimi’s book project, “Slaves of God,” his focus during the three years of his Klarman fellowship, delves deep into the Augustine cannon, explaining the philosopher’s reasons for justifying slavery. Tracing Augustine’s ideas back to earlier Roman thinkers and explaining the relationship between slavery and his views on religion, law and citizenship, Alimi argues that slavery is in fact central to Augustine’s ethics and politics.

“Once we understand how slavery, religion, law and citizenship form a nexus of concepts in Augustine, we are in a position to trace how ideas of slavery can be transmitted over time in a sublimated way in these other concepts,” he said. “This project sets us up to tell a much richer history of slavery in the Christian world and in the West more broadly.”

“Toni's work on Augustine on slavery explores aspects of Augustine’s political ideas that no one else has examined – remarkable for a figure as studied as Augustine,” said Scott MacDonald, the Norma K. Regan Professor in Christians Studies. “It's deeply interesting for the light it sheds on the complexity of early Christian thinking about slavery, and extraordinarily timely in its consideration of the ethical, political, and religious dimensions of slavery and their roots in thinkers and institutions that have profoundly shaped the European and American cultures in which we find ourselves still struggling to secure the notion that Black lives matter.”

Cornell is a perfect place to work on this particular project, Alimi said. The philosophy department has two Augustine experts on the faculty: MacDonald and Charles Brittain, the Susan Linn Sage Professor of Philosophy and Humane Letters, Alimi’s faculty host.

In addition, Alimi is working with Nicole Giannella, assistant professor of classics, who studies ancient Roman law and literature and is writing a book about the problem of the slave in Roman law. ‘’It’s been really beneficial to work with her, given her expertise on Roman law and our shared interests in ancient slavery,” Alimi said.

Alimi’s interests and expertise dovetail with those of several other faculty members working on a wide range of related issues in A&S and Cornell Law School, said MacDonald. “Toni's presence adds energy and fresh ideas and perspective to work already being done at Cornell. And just as importantly, his ideas and expertise stretch us – in both our departments' and our own individual thinking – in new directions,” said MacDonald.

Alimi said the Klarman Fellowship helps greatly in giving him the flexibility and freedom to do what he needs to get this work done: “That openness and flexibility is a gold mine.”

Alimi’s next book project looks at slavery in a more expansive way.

“In particular I’m trying make the connection between two historical ways slavery has been justified or rationalized,” Alimi said. The first way is through the idea that slavery is natural, that some people are by birth or constitution excellent candidates for slaves and other people are excellent candidates for masters; the second way, he said, is through the idea that slavery is fitting as a punishment.

Augustine strongly rejects natural slavery, for theological reasons, Alimi said: “So for him, penal slavery comes to the forefront.”  The goal of Alimi’s new project is to trace the history of this thinking about slavery from the ancient world to antebellum America. His intellectual history of slavery will also branch out to include other thinkers from the ancient, medieval and early modern periods.

Tompkins County and central New York have a rich history of Underground Railroad and abolition activity, making Ithaca an ideal place for this research, Alimi said. Along with other current scholars, he recognizes a distinction between natural and penal slavery in the 13th, 14th, and 15th Amendments to the U.S. Constitution, passed during and just after the Civil War.

“You have this package of three amendments in which natural slavery is removed but penal slavery is introduced,” he said. “This has been a generative idea in understanding what’s going on in America during the immediate aftermath of the Civil War through Jim Crow and segregation into the 20th century.” It demonstrates, said Alimi, that Augustine’s legacies continue to influence America today. 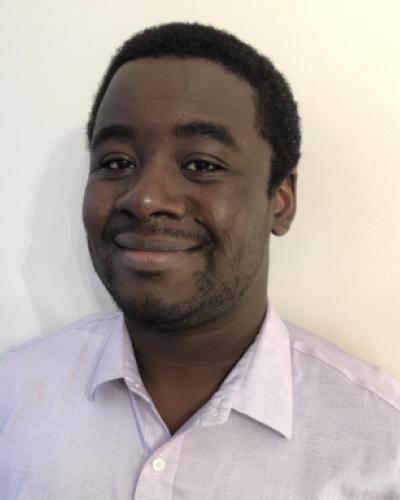 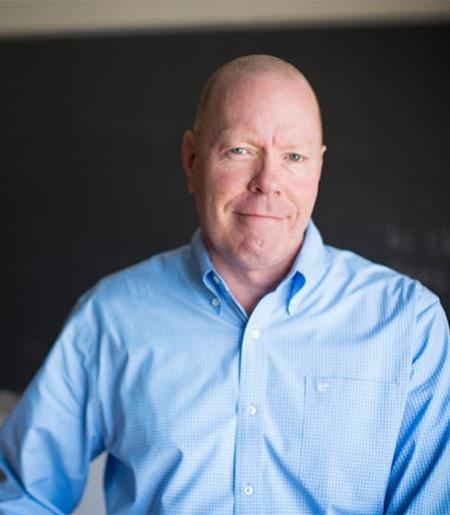