Arriving at Cornell in 2016, Ariane Bowers was thrilled to start an undergraduate career exactly like the one she’d imagined, the Gothic buildings and late-night study sessions like scenes from her favorite childhood novel.

She didn’t expect to plot an unconventional path to graduation as a member of the Class of 2023. But after twice taking leaves of absence to work and to settle on a course of study that focused her eclectic interests, she learned that the rewarding process of academic and self-discovery doesn’t always follow a traditional timeline.

“Taking a step back, I realized how much I missed Cornell and how important it was to me,” said Bowers, a philosophy major in the College of Arts and Sciences. “I wouldn’t be here had people not pushed me the way Cornell professors do. They push you to be better than you are, the best that you can be – but it’s never too far.”

Bowers was one of more than 700 students awarded bachelor’s, master’s and doctoral degrees at the university’s 20th recognition ceremony for December graduates on Dec. 18, held in-person in Barton Hall for the first time since 2019.

President Martha E. Pollack said each graduate was living proof of how many different and successful paths there are to a Cornell education, whether they had finished early or took some extra time, whether they had arrived as nontraditional students or overcame unexpected challenges.

“While your experiences have taken turns that you probably never imagined when you submitted your applications,” Pollack said, “each and every one of you has succeeded in attaining what you came here for: not just a Cornell degree, but a Cornell education.”

That education, Pollack said, was not primarily about teaching facts that could be found on Google, but about developing students’ skills, values, priorities and habits of mind, and about nurturing the joy of discovery – the starting point for every educational journey.

“A good education isn’t one that hands us the answers to all our questions,” Pollack said. “It’s one that provides the tools and, just as important, nurtures the desire to ask and answer our own questions about the world. To identify and evaluate problems, to explore and develop potential solutions. To work with and learn from others, even – and especially – when they’re different from ourselves.”

Wearing caps and gowns adorned with colorful stoles, cords, hoods and tassels reflecting their degrees and college affiliations, the graduates wound around Barton Hall’s indoor track and took their seats to cheers and waves from more than 2,600 family members and friends filling chairs, bleachers and a balcony, pausing occasionally for photos and selfies.

After Pollack’s address, readers announced the names of each of the graduates, who crossed the stage to accept certificates and congratulations from college deans, starting with Kathryn Boor ’80, dean of the Graduate School and vice provost for graduate education, and concluding with Benjamin Z. Houlton, the Ronald P. Lynch Dean of the College of Agriculture and Life Sciences.

After the last name was called and singing of the alma mater, some graduates hurled their caps toward the rafters.

“Being here today to celebrate completing my degree and moving on to the next phase of my life, it feels amazing,” said Shakira Walden, M.M.H. ’23, of Long Island, New York, who earned a master’s in management in hospitality. “I’m so grateful to the program, I’m so grateful to Cornell. It’s been an amazing experience.”

Walden said her ability to take a diverse range of coursework had made the university’s “… any person … any study” motto ring true.

“They really allowed you to branch out and explore all of your different interests and curiosities,” she said.

Jeffrey Pea, Ph.D. ’23, of San Jose, California, who earned a doctoral degree in the field of biomedical and biological sciences, said it felt surreal to have achieved the milestone after more than five years in Ithaca that included adapting to the pandemic. Prior to the Barton Hall event, Pea was among doctoral graduates honored in a ceremony hosted by the Graduate School, where faculty adviser Marla Lujan, associate professor in the Division of Nutritional Sciences, placed a red-and-white striped hood over Pea’s shoulders.

“I couldn’t have done it without my mentors here at Cornell,” said Pea, who, in addition to research and teaching duties, served on the University Assembly, the Graduate and Professional Student Assembly, and a campus reactivation committee early in the pandemic. “I’ve had so many wonderful advisers, peers and people who have guided me, and it’s been a really remarkable journey.”

As the crowd dissipated, sporadic cheers continued to echo through Barton Hall as some graduates and guests shifted their attention to a World Cup final in overtime. For Hanif Sudibyo, M.S. ’22, Ph.D. ’23, a Fulbright Scholar awarded a doctoral degree in chemical engineering, Argentina’s victory over France wasn’t the preferred outcome. But that didn’t dampen his celebration with family visiting from Indonesia on their first trip abroad.

“I’m very happy that I could bring my family here for my graduation,” Sudibyo said. “It’s been a great moment for me.” 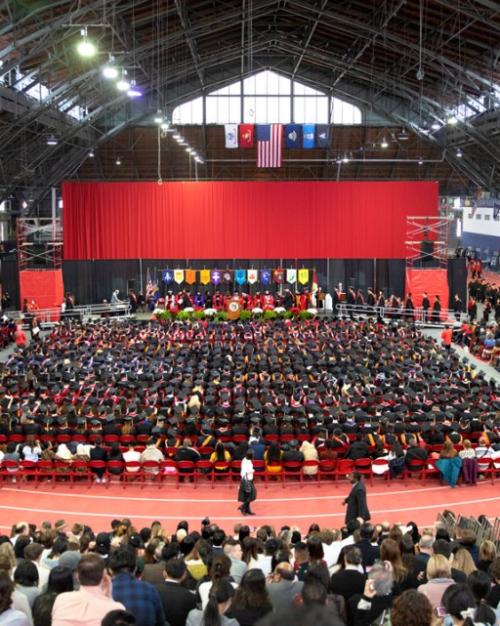 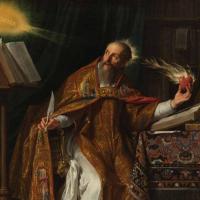