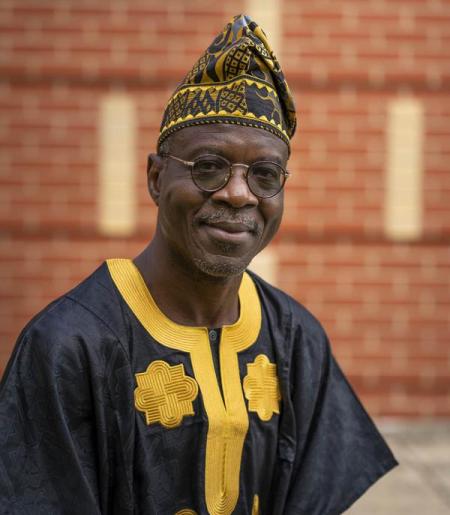 I aim to expand the African reach in philosophy and, simultaneously, to indigenize the discipline and make it more relevant to Africa and African students.  My scholarly activities aim to contribute to the creation, at the intellectual level, of the categories that will enable all who share similar experiences to indigenize the alien idioms of our philosophical training and, simultaneously, globalize the historical experience of African peoples and their modes of discourse towards the emergence of authentic African voices in the ongoing polylogue among the world’s peoples.

My book, How Colonialism Preempted Modernity in Africa (Bloomington: Indiana University Press, 2010) was a joint winner of the Frantz Fanon Book Award of the Caribbean Philosophical Association in 2015.

My works have been translated into French, Italian, German, and Chinese.

Teaching Interests
My pedagogy has always been guided by the need to impress on my students the fact that philosophy, as a discipline and a vocation, has never been univocal or unilingual.  Given that the African inflections have always been missing or unheralded in philosophy’s discourses and practices, it has always been crucial to me to inculcate in my students an appreciation of the multidimensionality and complexity of philosophy and the fact that it has always spoken in multiple registers.  I strive to enable students acquire a critical awareness of the world that they inhabit, be active participants in whatever sphere of life they find themselves and, finally, be suspicious of cant and ideas or patterns of thought for which they could not generate their own reasons to embrace. Every class I teach aims to produce educated students who are aware of the world, expansively conceived; their place in it, both as individuals and as members of whatever communities they belong to; and the connection between them, their location, and the world.

In Africana, I seek to train students who become enthusiastic but critical scholars and\or inheritors of the philosophical traditions domiciled in the global African world especially those regarding social and political philosophy.  I hope to help train and mentor graduates who would have as part of their academic credentials the capacity to change the traditional disciplines from within such that those disciplines begin to reflect more truly the diversity of the human experience.

Graduate Courses: I hope to attract students who are eager to make discoveries in the intellectual traditions domiciled in the global African world in all historical periods from most disciplinary angles in the humanities and social sciences.  More specifically, I will be teaching classes in African Political Thought, Major Figures in Global African Intellectual History, e.g., Du Bois, Rodney, Senghor, Ransome-Kuti, Horton, Nkrumah, etc.), African Philosophy, Modernity and Colonialism, Liberalism and Empire, and Politics of the Judiciary in Africa.

One basic principle guides my research. Whatever I do in it must offer some new thinking about existing problems, unearth some new problems, or uncover some unknown dimensions of old problems.  The unifying thread is supplied by a fundamental humanistic impulse that turns this principle to issues of justice, equity, and the affirmation of human dignity.  But because I am convinced that there is no view from nowhere, the African experience is the home port from which I sally forth to engage the world and realize the aim of making the world a better place through my modest contribution as a humanistic scholar.

My research interests can be categorized under three headings.  The first is Social and Political Philosophy.  The second is Philosophy of Law.  The third is African Philosophy.

Research in Social and Political Philosophy has been the focus of my recent and ongoing work. How Colonialism Preempted Modernity in Africa (Bloomington, IN: Indiana University Press, 2010) was a major fruit of this strand.  I am now expanding the work in a comparative direction under the rubric of what I call ‘Late Transitions to Modernity’ where I am looking at Nigeria, Turkey, South Korea, and Japan, as instances of that phenomenon.  And this work has yielded a polemic titled Africa Must Be Modern: a Manifesto (Ibadan: Bookcraft Africa, 2012)\[American Edition, Indiana University Press, 2014]. The major research under way now is a book on “Modern African Political Philosophy” designed to tell a coherent story of modern African political philosophy beginning with its origin in the mid-nineteenth century to the middle of the last century.  This will be the crowning piece of my various efforts to re-inscribe into the narratives of the politico-philosophical discourse of modernity the works of those African thinkers who have embraced modernity and have sought to remake African life and thought after the manner of the lifeworld characteristic of modernity.  I am working to make the works of modern African thinkers the object of critical but respectable engagement by scholars the world over.

The third leg of my research tripod is devoted to African Philosophy.  The concern here is to carry out investigations into the traditional divisions of the discipline of philosophy, viz: epistemology, metaphysics and ethics.  The pieces of this research are coming into place with ongoing work on Yorùbá religion, Ifá divination, and metaethics.  My ambition is to publish a major book on Yorùbá philosophy at some point in the distant future.   I also look forward to inspiring future graduate students to take a chance on doing original work on the various philosophical traditions in the global African world.

At the present time, I am working on a monograph tentatively titled, Does the United States Need a Truth and Reconciliation Commission?

My research is ongoing in the philosophy of law especially as it concerns the matter of judiciaries, the rule of law, and constitutionalism and constitution-making in Africa.

"What is 'African Studies'?: African Scholars, Africanists, and the Production of Knowledge," in Kofi Anyidoho and Helen Lauer, eds., Reclaiming the Human Sciences and Humanities Through African Perspectives, 2 Vols. (Accra: Sub-Saharan Press, 2012)